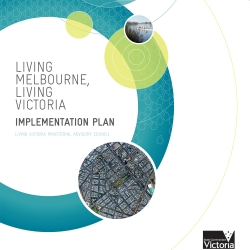 The Government unveiled a new vision for Melbourne's water future with the release of Living Melbourne, Living Victoria Implementation Plan, the final report from the Ministry Advisory Council (MAC). The MAC’s vision for Melbourne’s water system is ‘A smart and resilient water system for a liveable, sustainable and productive Melbourne’. The three main reform elements listed in the Implementation Plan are:

This signals an exciting period of change within the water industry. Clearwater looks forward to working with the OLV and other stakeholders as these reforms are implemented.

Listen to an ABC podcast for a comprehensive overview of the report.